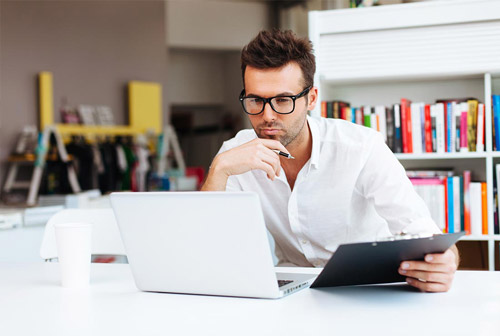 Clients often ask “What do I do when someone breaches our software contract?”. If you believe someone has breached a contract, you firstly need to get legal advice on exactly how the agreement was breached and the level of the breach that occurred. This will allow you to determine the next most appropriate steps to take.

When establishing if a breach has occurred, it is important to identify the types of terms of the contract that have been breached because it will affect the available remedy.

The first step is to review the contract, as it will contain important contractual provisions. For example, there will likely be dispute resolution clauses that dictate how disputes are handled including any notices that need to be given to the breaching party. There also may be terms that provide certain rights in the event of specific types of breaches of the contract – as well as remedies and also any indemnities that may apply.

Note: It goes without saying that the contract itself must be reviewed by a commercial lawyer who can provide you with written advice that sets out the strengths and weaknesses of your case and also include advice on the potential remedies available to you.

As mentioned, it is important to identify the terms that may have been breached, as there are various rights and remedies that may be relevant to the breach that has taken place.  Contractual terms may be described in the following categories:

It is important to note that this is only a general guide, as contracts often define warranties and conditions, as well as the rights of the parties concerning those terms.

A warranty is not essential to the performance of your contract – for this reason, warranties are often referred to as non-essential terms. For example, a party to a contract may provide a warranty that the software development company will respond to bug reports within 24 hours. A breach of a warranty will not usually provide the right for the non-breaching party to terminate the agreement. However, it will give rise to that party being able to sue the breaching party for damages for the loss that the breach caused.

A condition of a contract, also referred to as an essential term, is a term that is material to the contract’s performance. For example, the software is completed in accordance with the specifications document (that is usually added as a schedule of the software development contract).

These terms are so fundamental to the contract that if breached, can give rise to the non-breaching party the right to terminate the contract and sue for damages. Damages and other losses may be sought for:

An intermediate-term, as the name suggests, is somewhere between an essential term and a non-essential term. Intermediate terms were affirmed by the High Court of Australia in  Koompahtoo Local Aboriginal Land Council v Sanpine Pty Limited [2007] HCA 61.

To determine if the innocent party has the right to terminate for the breach of an intermediate term, the Court must decide whether the breach was serious enough for it to be equitable for a party to terminate at the time of the breach. Also, the breach deprived the party of a substantial benefit that it was entitled to under the contract.

There are generally three types of implied terms that may be imported into contracts, each are discussed below.

The criteria of implied terms of fact were affirmed in Codelfa Construction Pty Ltd v State Rail Authority of NSW:

Examples of implied terms into software development contracts may include that the software code is of a reasonable standard.

Terms that are implied by custom or trade usage are those that are widely recognised within an industry.  For example, after mechanical repairs, payment for those services are required before owners may take the car from the repairer.

Due to the many terms that may be implied into a contract, remedies will depend on the implied terms and the nature of the breach.

It is important to understand that, while a party’s repudiation can be accepted by the other side, it doesn’t stop their obligations under the contract up until the date of termination.  McPherson JA stated in Mazelow P/L v Herberton Shire Council [2002] QCA 119, when referring to McDonald v Dennys Lascelles Ltd (1933) 48 CLR:

It is critical to get legal advice immediately where there is a suspected repudiation of an agreement. In circumstances where a party repudiates an agreement, it provides the other party with the right to terminate the contract. However, if that party delays to respond to the other party’s repudiation it can mean the innocent party has elected to affirm the contract and therefore lose its right of termination.